The contract allows APL to efficiently scale and grow its wholesale, retail and direct-to-consumer (D2C) businesses by consolidating logistics operations in one distribution center with a single logistics provider. Under the agreement, Port Logistics Group will provide global transportation, distribution and fulfillment services from a 750,000 sq. ft. facility in its City of Industry distribution campus.

Port Logistics Group was selected by APL for its proven performance in the footwear category, ability to scale, comprehensive retail expertise as well as its robust, proprietary warehouse management system.

“We are honored to support the global fulfillment needs of this high energy, fast-growing brand. APL is a true omnichannel customer for us and we will manage its operations for all three channels—wholesale to high-end retailers, online D2C sales, and its new retail flagship store. We look forward to serving APL as it continues to grow and opens more branded stores,” said Scott Weiss, Vice President of Business Development at Port Logistics Group.

“We believe the omnichannel experience is that of the present and the future. With so much competition in the landscape, we wanted to partner with a world class group like Port Logistics Group to help us scale all aspects of business when it came to logistical functions. We believe in outsourcing commodity functions and concentrating all of our efforts on the proprietary aspects that make APL special. Having a logistical partner such as PLG that allows us to focus on what we are best-in-class at because they are categorical leaders makes us much stronger and incredibly confident going into 2020 and further,” said Adam and Ryan Goldston, the Co-founders of APL.

Athletic Propulsion Labs® (APL), is globally recognized as a world leader in Men’s and Women’s athletic footwear and apparel. Rooted in technology and innovation, APL has been at the forefront of performance footwear since the introduction of the Concept 1 basketball shoe featuring groundbreaking Load N’ Launch® technology, designed to instantly increase vertical leap. As a result, the Concept 1 became the first shoe banned by the NBA for performance reasons by “providing an undue competitive advantage” to the wearer. Beginning in June 2014 the company pioneered the “luxury performance segment” of the athletic footwear market in connection with the launch of its running and training shoe collections for men and women. The combination of APL’s world-class patented technologies and its unique, innovative design vision has enabled APL to be carried in over 300 of the finest luxury retailers in the world from Bergdorf Goodman, Neiman Marcus, Net-A-Porter, Mr. Porter, Bloomingdales, Saks Fifth Avenue, ShopBop.com, East Dane, Lane Crawford, Level Shoes, Matches Fashion, Harvey Nichols, Selfridges to Le Bon Marché. Most recently, APL debuted the TechLoom Wave running shoes, the APL TechLoom Chelsea training shoe, which just made Oprah’s Favorite Things 2019 list, and APL Kids sold exclusively online and in store at APL’s new flagship retail store at The Grove in Los Angeles. APL has also recently launched global partnerships with American Airlines, f45 and the Williams Racing Team. For more information and to see the latest products, please visit www.athleticpropulsionlabs.com.

Co-Founders Adam and Ryan have been honored at the White House as part of the Empact 100 which recognizes the Top 100 Entrepreneurs age 35 and under in the U.S. APL was also recently named as “One of the Five Best New Sportswear Brands in the World” by ISPO, the international sporting goods organization in addition to being named to the 2015 Game Changers List by Men’s Fitness. Adam and Ryan were selected to the Forbes 30 Under 30 class of 2016 in the Retail & Ecommerce category. This list recognizes America’s top young entrepreneurs and game changers representing the country’s future and present leaders. They were also selected to the Los Angeles Business Journal 2016 Twenty in Their 20s, featuring LA’s top 20-something entrepreneurs. In July 2016 Adam and Ryan were inducted into the Council of Fashion Designers of America, Inc. (CFDA), whose membership consists of America’s foremost designers. In 2017, Adam and Ryan were selected to the WWD 40 under 40 list. Most recently Eric Garcetti, Mayor of the Los Angeles declared October 12th as Athletic Propulsion Labs, LLC Day in the City of Los Angeles. 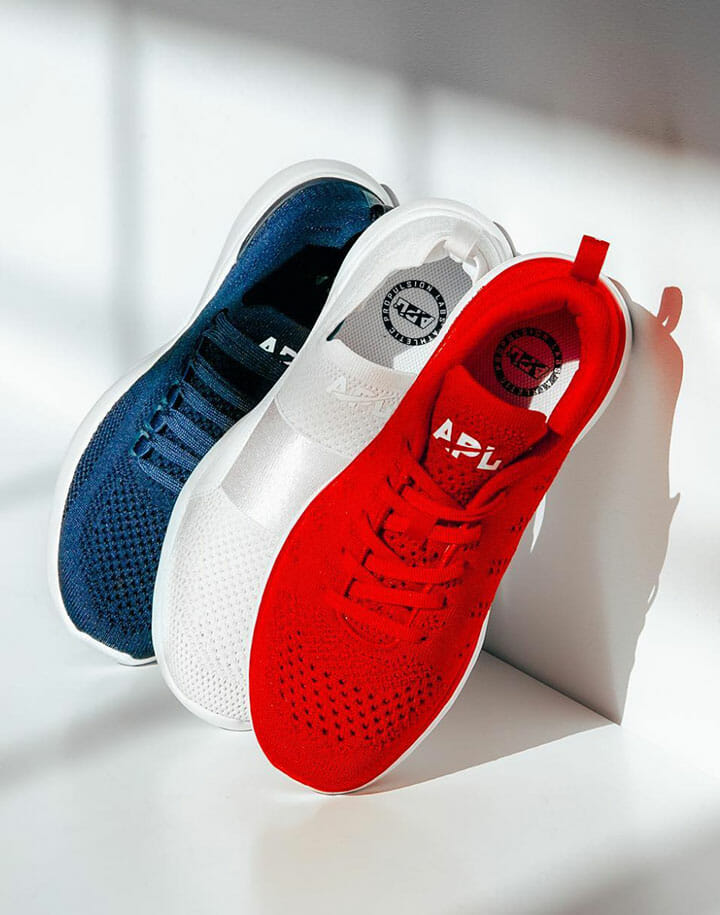