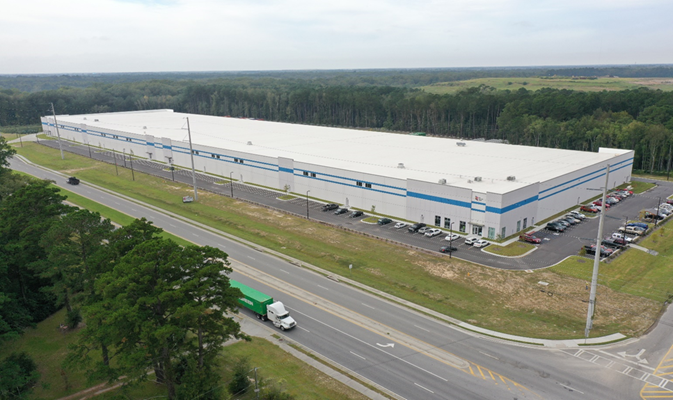 “The Southeast is a key gateway in our growth strategy as we expand our footprint to serve more consumers directly, in addition to retail store deliveries,” said Greg Morello, President and Chief Commercial Officer at Port Logistics Group. “The restrictions of COVID-19 have accelerated B2C ecommerce growth and we’re fluid in making the necessary adjustments for our clients toward a D2C-ready fulfillment model.”

Savannah is ideally located within two-days transit by all transportation modes to some 70 percent of the U.S. population and the fast-growing Port of Savannah is one of the top five seaports in North America, operating the largest single-terminal container facility in the Western Hemisphere.

Located close to the port and highways, the state-of-the-art Savannah facility features 58 leveler dock doors and particle cubes for efficient vertical storage, and supplements an existing Port Logistics Group facility which opened in 2016 of similar size. “We are multi-client at our other facility located less than five miles away and easily share resources, such as labor between the two DCs,” said Bill Davenport, General Manager for the Southeast at Port Logistics Group. “

The new facility opened earlier this year to serve anchor client, Garran Inc., maker of Garanimals and other apparel lines, for store deliveries to a major retailer. A Port Logistics Group client since early 2019, Garan had outgrown the logistics company’s other Savannah facility. Davenport added: “The new facility allows Garan to increase its volumes, keeping pace with growth.”

The Whiplash media kit is available at: https://whiplash.com/press-kit/.

For more information on our end-to-end services, visit: whiplash.com